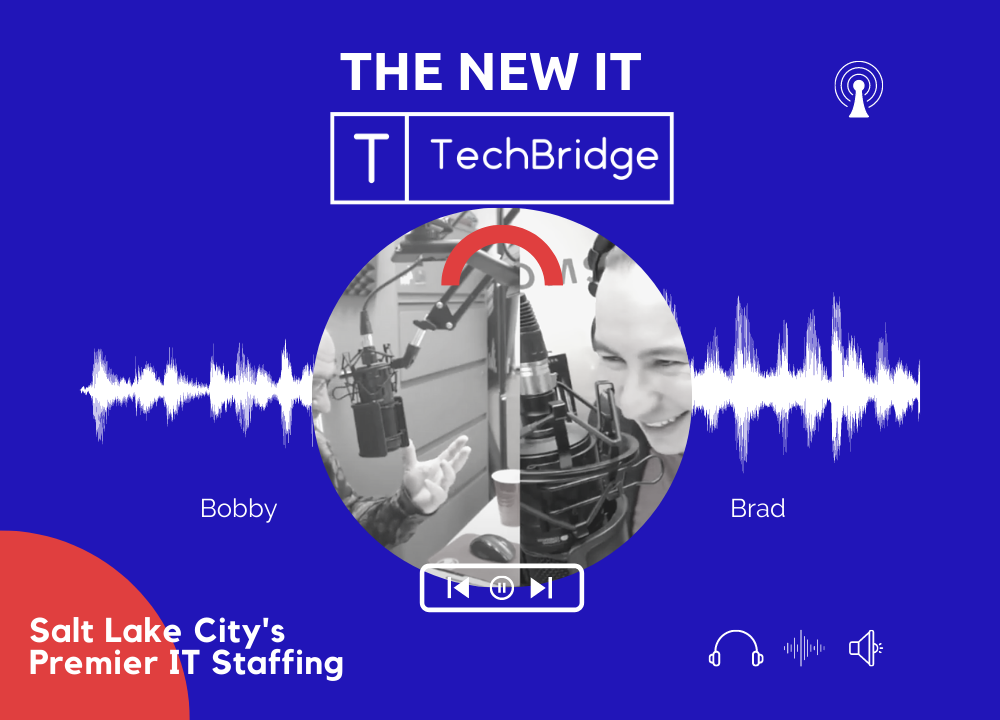 Do You Need A Degree For An IT Job?

Audio transcription samples may not be 100% accurate:

Welcome to the new i. T. With your host bobby glen james and brad anderson. We are excited to be here for episode 1. Truly, this is the first episode of the new i. T. What is the new i. T? I think more than anything else, i. T. Is changing and the landscape has changed. So what we want to do is, we want to talk about issues that are pressing and things that we see that are valuable and things that that we need to be talking about. Some of the things that I think we need to be talking about first and foremost is do you really need a degree in i. T? Do you need a degree? Is it important? Do we have to get out there and spend the thousands and get in huge debt to get a decent job in the i. T. Industry? I mean, is it I have to? Is it not? That’s what we’re gonna talk about today.

Does the degree matter in i. T? Brad, what do you think? Yeah, I mean, it depends. I mean, from a candidate standpoint yes, I i do feel that that that a degree does matter, but more than anything else, what we’re seeing is we’re seeing that certifications matter more than more than just a degree. So you’re saying the simple answer is yes. A degree matters. That the simple answer, folks, I know that’s not what you wanted to hear, but we’re going to go into this, right? We’re gonna kind of dive down. So there is hope if you don’t want a degree, can you get a job in i. T. Without a degree? Yes. I still think you can get a job in i. T. Without a degree. However, I think you’re really limiting yourself on your possibilities because you don’t have that degree. Believe it or not, companies still value and they see that a degree is a commitment.

It’s important to me because I want to present the best possible candidates possible. Does it mean they need a degree. Well, it depends. I mean, if you have 20 years of experience in the industry and you’ve done and you you have a good body of work, well, chances are you’re really not going to need a degree. But having said that, those are rare cases. And so this seems like a contradiction. We just said you really need a degree, but there’s an asterisk there.

Why would you not need a degree? I think it depends on the level of of i. T. You’re you’re getting into. Obviously, you know, helpdesk i. T. Things of that nature. I mean, that’s a good starting point. Exactly. It’s a starting point. That’s that’s a good place to start. You’re really not going to need a degree. But if you’re pursuing one and you’re going down that path, it’s good to get your your feet wet, so to speak and get that understanding of the lay of the land. So that’s that’s normally where you’re gonna be able to find those people. But over time, you’re going to continue to see that it’s more about work ethic and what you’re putting into it so potentially you do have room to grow. But again, because you don’t have that degree a lot of companies are going to say, well, this is kind of a requirement. This this shows us that you care and that you’re committed to something

In my work and seeing i. T, the i. T world. I see kind of two paths that people take. There’s the traditional kid goes to college, wants to do technology so it gets a computer science degree and then they join the workforce. Other one is guy doesn’t go to school, gets out of high school and finds that entry level job. Usually when that person goes there, they never have time again to go to college. Which one is the better candidate? You know, it just really depends. I mean it just again. It’s just going to have to boil down to what exactly is this candidate doing? What is what is their body of work? I mean, are they are they a go getter? Are they continuing to push and drive? If we had two candidates side by side and their their qualifications are exactly the same. The candidate that has that degree, he’s going to get the job because he has that commitment level.

If you’ve been in i. T you know, for 15 years, and you have this book of business basically of experience that you have, then, heck, yeah. A master’s degree will absolutely help you if you have hardly any i. T experience and you have a master’s degree in computer science. I won’t hire you. I mean, having said that, I mean, you want to find people that that have real world experience as well as the the degree. So the degree matters, but it’s not the only thing that matters absolutely.

The Right Mind-Set For IT Managers

How To Effectively Use Information Systems

What Is The Difference Between IS, IT, and ICT?